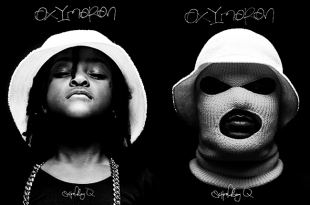 After a few push backs, Schoolboy Q’s, “Oxymoron,” album will release on 2/25. Which is perfect timing for the Oxymoron World Tour, kicking off on 3/1 in Providence, R.I.

The track list, revealed earlier this week, shows a handful of featured rappers including a few Top Dawg Entertainment artists. Check out the full track list and listen to a few songs below.